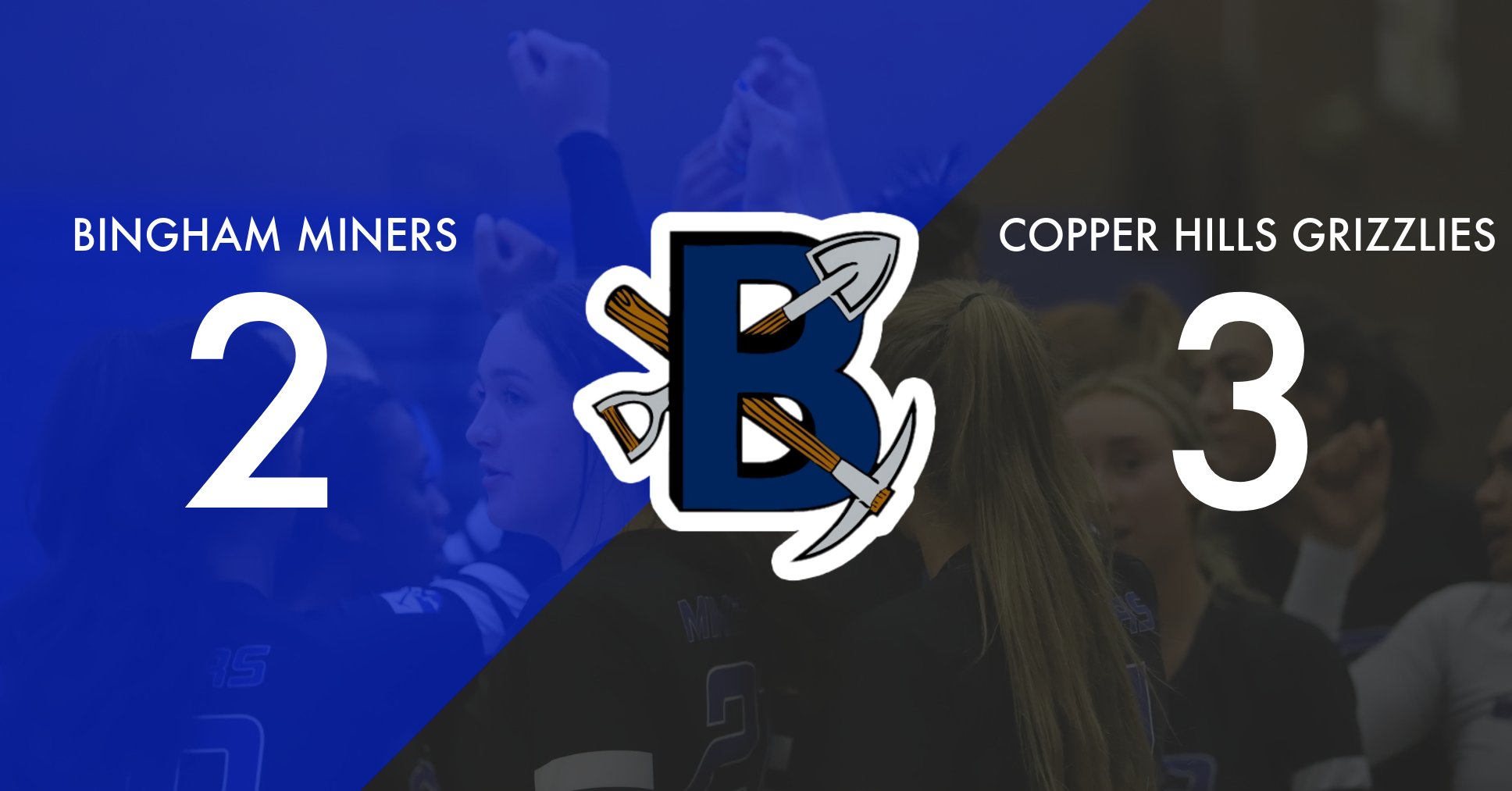 In a thrilling 5-set match, full of good volleyball, the Miners were handed their first Region 3 loss of the season by Copper Hills.

After a convincing first set victory, service errors plagued the Miners in the next four sets despite their phenomenal rally play. Senior Libero Sana Foliaki posted a season-high 25 digs and Senior MB Samantha Holman had a career-best 16 kills (.500 hitting percentage) and 6 blocks. Senior Setter Natalie Horsley dished out 35 assists and had 10 digs, while Senior OH Naomi Glasker posted a double-double with 10 kills and 10 digs.

The Miners finished with 22 service errors on the night, and ultimately, it was too much to overcome as they move into a tie with Copper Hills for first place in Region 3.

The Miners will be back in action this weekend when they host the Claim Jumper Tournament on Friday and Saturday, October 4-5.