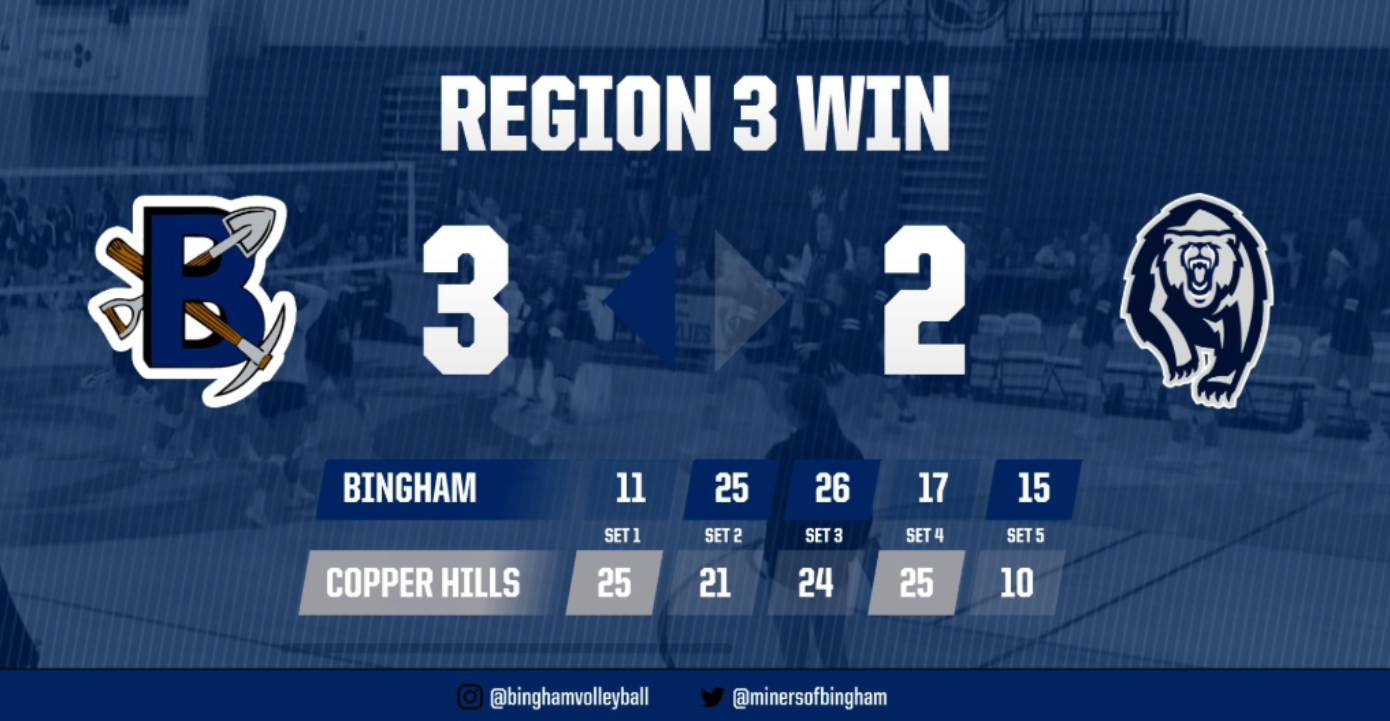 In their opening match of region play the Lady Miners overcame a slow start to defeat the Grizzlies of Copper Hills in thrilling five set match (11-25, 25-21, 26-24, 17-25 and 15-10). The win came in front of a packed crowd at Copper Hills on their blackout night.

After losing the first set the Miners responded to win set two behind their offensive efforts with Jada Suguturaga leading the way with a .429 hitting percentage.

The Miners defense and serving propelled them to take set three tallying a combined 20 digs, four blocks and two aces.

Despite dropping set four the Miners showed composure and toughness to finish off the match and start region play 1-0.

Next up the Miners will host West on Thursday, September 12 at 6:00pm.