The Bingham girls swim team beat Kearns and undefeated region rival Copper Hills in a tri-team showdown at the Kearns-Oquirrh Park Fitness Center on Thursday, Jan. 21. The boys narrowly lost to Kearns but beat out the Grizzlies.

Sophomore Grace Huber and junior Sarah Gill led the Miners with one first place and one second place each in their individual races. Huber won the 100 backstroke and came in second in the 200 individual medley (IM). Gill clinched first in the 100 breaststroke and was runner up in the 100 freestyle.

Three other girls finished second in their individual races—junior Ashtyn Whipple in the 100 breast, sophomore Natalie Hymas in the 100 back, and freshman Madisyn Gill in the 200 free.

All three of the girls’ A relay teams finished in second place with season’s-best times. Sophomore Shaye Anderson swam a sub-minute 100 for the first time in the anchor leg on the 400 free relay team, which also included Sarah Gill, Madisyn Gill, and sophomore Aubrey Goates.

Another season’s-best time came from junior Katelyn Reidhead in her freestyle swim for the 200 medley relay team, which also included Hymas, Whipple, and senior Izzy Nielsen. Reidhead, Anderson, Sarah Gill, and Madisyn Gill teamed up for the 200 free relay as well.

For the boys, senior Tanner Nelson and sophomore Neil Bennet each swam season’s bests to win their individual races—Nelson in the 200 IM and 100 breast and Bennet in the 100 free and 200 back.

Senior Nate Rock finished second in both of his individual races—the 100 butterfly and the 100 back. And senior AJ Kennedy logged a personal best in the 50 free for second place.

The Miners will train hard for the next few weeks leading up to the 6A Region 3 Championships versus Copper Hills, Herriman, Jordan, Riverton, and West on Saturday, Feb. 6. 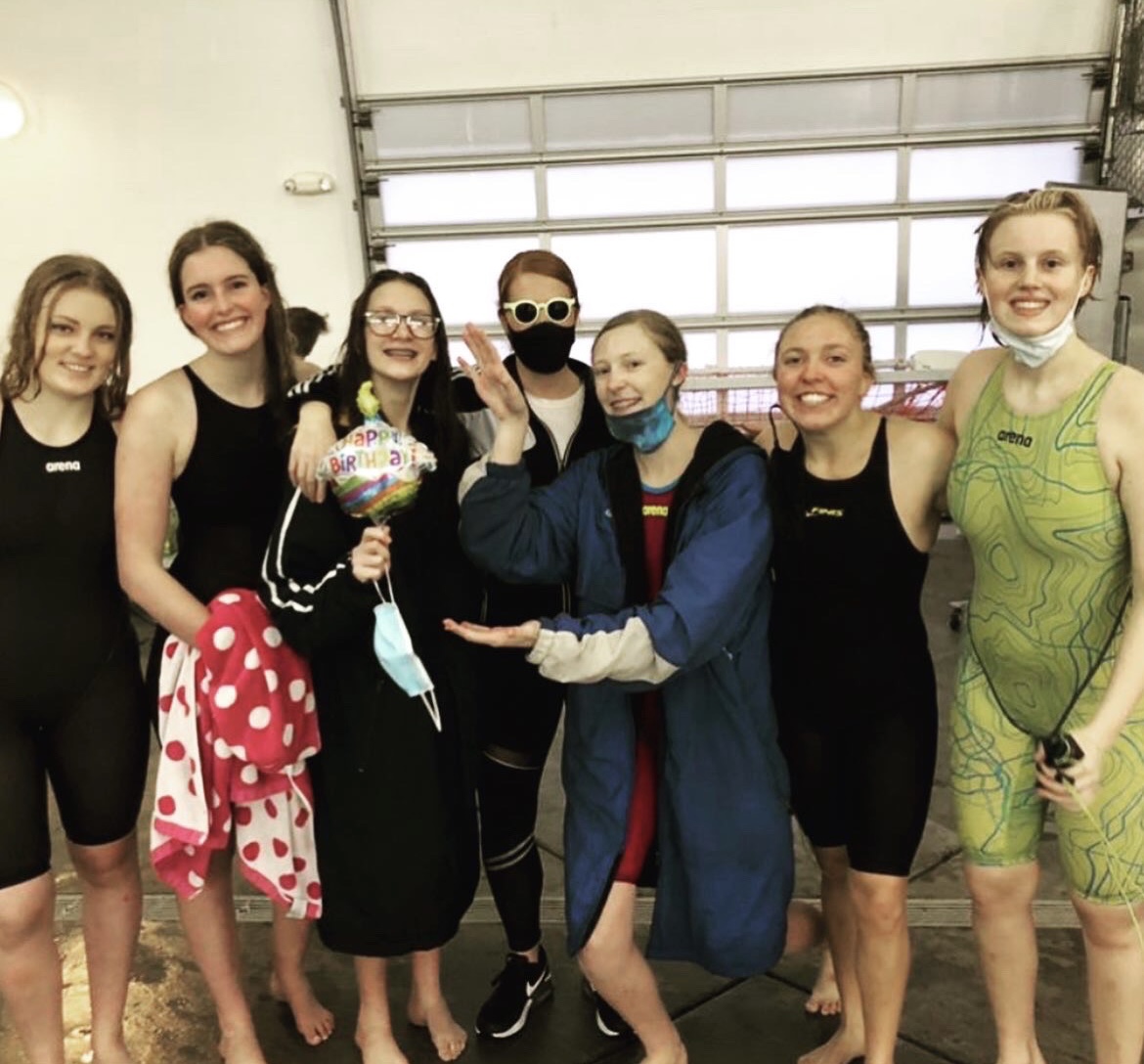