The Bingham girls dominated while the boys came up short in a dual swim meet against Jordan on Thursday, Jan. 14 at Treehouse Athletic Club in Draper. Senior Tanner Nelson also set his fifth school record against the Beetdiggers, besting Landon Stalnaker’s previous record in the 200 freestyle set in 2018.

Four junior girls won individual races—Sarah Gill in the 200 free, Katelyn Reidhead in the 50 free, Sophie Pecoraro in the 500 free, and Ashtyn Whipple in the 100 breaststroke. Gill also landed second in the 100 free.

Senior Aubrey Reidhead finished second in the 100 butterfly, and sophomore Aubrey Goates was runner up in the 200 individual medley (IM). Freshmen Madisyn Gill and Malia Scott each claimed a second-place finish in the 200 free and 50 free, respectively.

Nelson led the boys with his record-breaking top performance in the 200 free and a first-place finish in the 100 back, both of which were the fastest in the state so far this year.

Sophomore Mitchell Sorensen won the 500 free, while seniors Nate Rock and A.J. Kennedy finished second in the 200 IM and 100 free, respectively. And sophomore Tyler Rock swam to a second-place finish in the 100 breast.

Bingham swimmers will compete in their final regular-season meet on Thursday, Jan. 21 at the Kearns-Oquirrh Park Fitness Center against Copper Hills and Kearns. 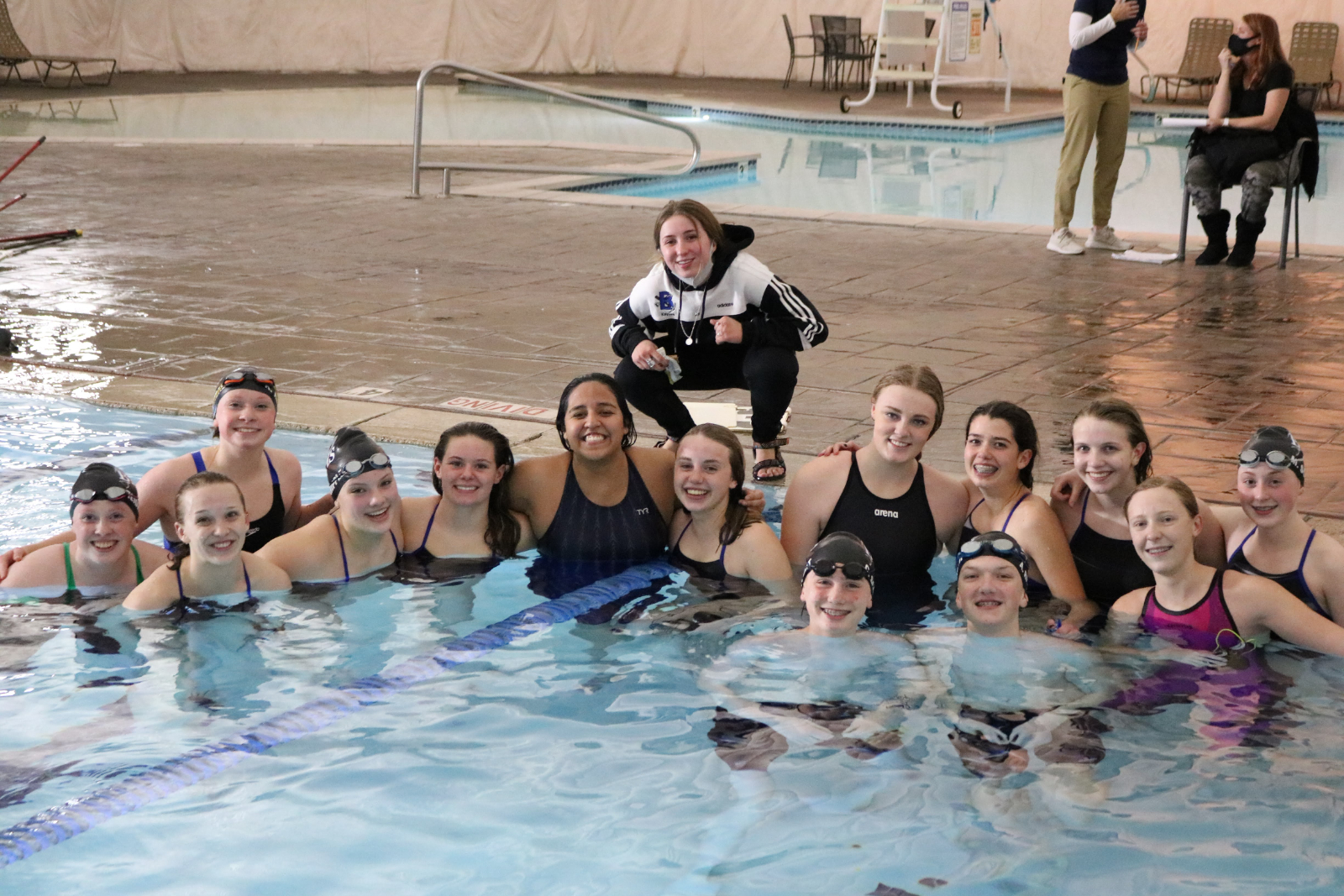