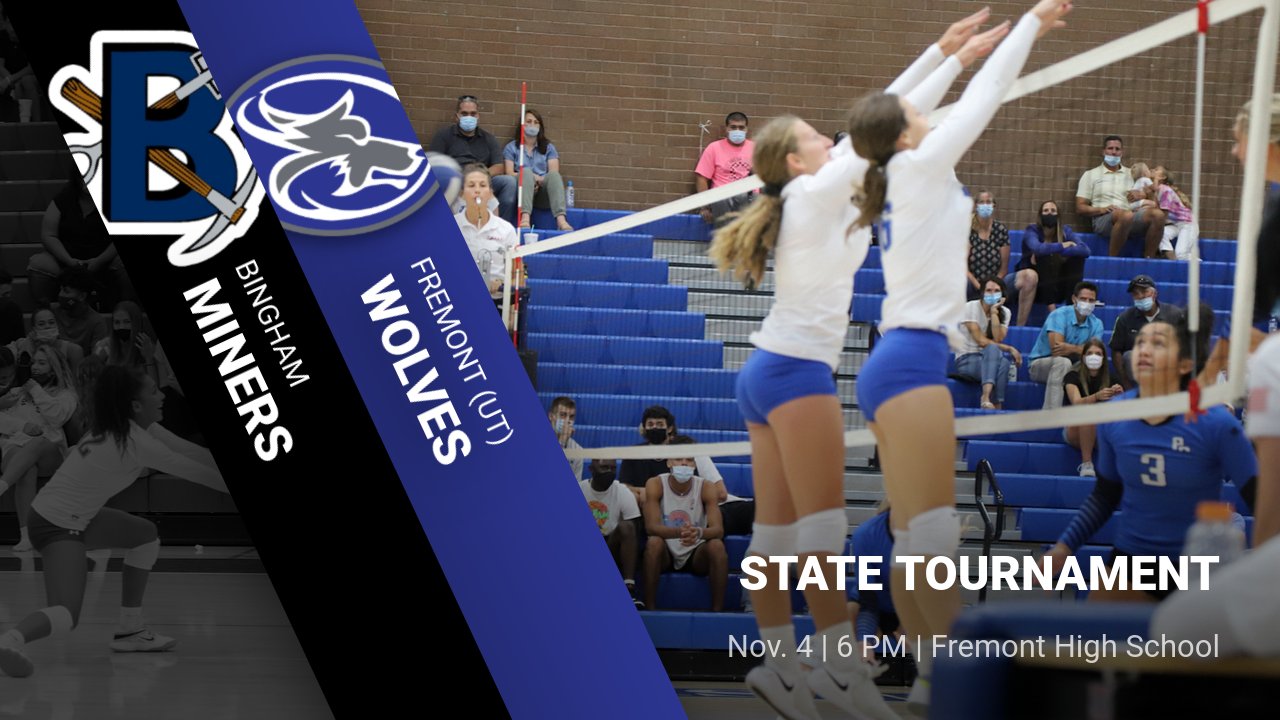 On Tuesday night the Bingham Miners volleyball team swept the Weber Warriors 25-14, 25-8, 25-12, to advance to the next round of the state playoffs.

The Miners dominated the Warriors offensively, which gave them momentum to come out with the sweep. Freshman outside hitter Vani Key led the team’s .354 hitting % with 13 kills (.579 hitting %). Key also contributed 2 aces, 2 blocks, and 8 digs. She was followed by senior setter/right side Taivea Latu with 7 kills (.400 hitting %). Additionally, Latu came in with 10 digs and averaged 4.7 assists per set.

Offense wasn’t the only things that gave a leg-up to the Miners. Freshman middle blocker Solia Angilau had 6 blocks on the night, while junior outside hitter Breegan Huntsman led the team with 14 digs to keep the rallies going.

This win moves the Miners forward in the state tournament. They will play the fourth seeded Fremont Wolves  Wednesday, November 4, at 6 pm. The game will be located at Fremont High School.