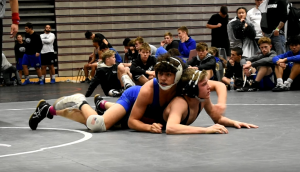 Bingham Wrestling had a strong opening weekend at the Turkey Brawl.  They competed in seven dual matches during the two days of competition.  Wrestlers Marco Herrera and Jaxon Wardle went undefeated. Here is a summary of the results:

No Events This Week

Events are added by athletic staff.
View All Events